At the beginning they were called "Indians" or "Redskins", and finally, finding a politically correct definition, "Native Americans". As you can imagine, just the fact of having three different words to define the same reality, mens that there is no clarity at all on its origins and development.

Actually, to those Indians who were brutally killed during the european colonisation, the lack of clarity has been more than evident. However the definition of "Native Americans" is just a words' adaptation that doesn't capture the details of a Community that, according to recent archaeological studies was founded by groups of people who, in different times and ages had crossed the Bering Strait to settle in this wen continent: therefore Asian people, not Americans.

On the other hand all scholars defend the theory by which during the Würm glaciation - also know as Wisconsin Glaciation (between 90.000 and 8.000 b.C) that isthmus was completely frozen, unifying the extremes of North America and North Asia.

On this frozen platform passed entire tribes, in search of new territories. And this is the last interpratation given to an History of uncertain origins, that defines the first Indians as paleo-Siberians. 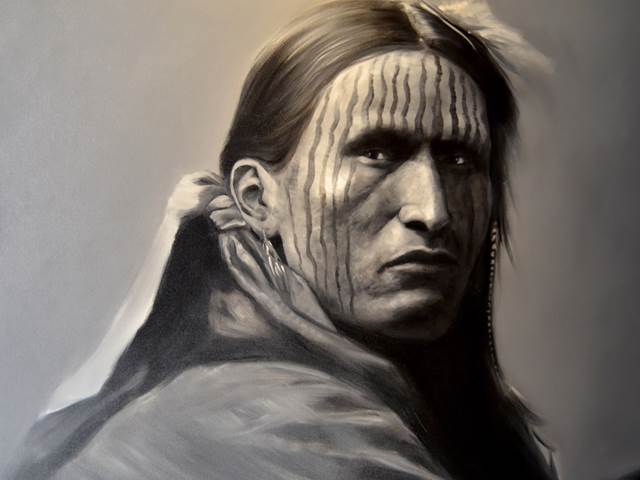 During the early melting times the communities who lived in the actual state of Alaska, began distributing throughout the continent, colonizing it and acquiring customs that the first settlers would face. For several centuries these small local communities displaced chasing large prey, such as bison, which were the main source of their livelihood. The testimonies compiled by archaeologists speak of nomadic populations dedicated to hunting, dressed in the skins of the prey and living - at the beginning - in caves or huts made of branches and prey's skins.

The development of the tribes also brought with it an inevitable distinction, that provoked the creation of autonomous tribes, each characterized by specific and distinct cultural elements.

In the course of time they were distributed from North to South, creating true cultures, whose remains can still be seen and admired. In the South there was the "Meso - AmericanCivilization", Mother toall others: the Olmeca, that influenced all those to come: Maya, Aztec and Toltec among others. In the North the Natives settled around, occupying big areas rich in edible fauna and suitable for the first forms of agriculture: the actual plains of Central America.

During the fifteenth century the arrival of the "white man" completely altered the social and evolutionary structure: Spain, France, England, Holland, russia and Portugal sent different expeditions with the intention not only to secure the great part of the wealth that had been produced in those lands, but also to laying the foundations for a true colonization, something that happened very soon.

The main activity, during the first Century of contacts, was that of the skins trade: goods considered very valuable, and therefore well paid.This was the main cause to the very first inter-tribal fights that provoked the fall of a Civilization that had remained intact for thousands of years.

The first payments made by the Europeans were made through exchange: metal utensils at the beginning and then clothes, weapons and spirits. A change that gave way to difficult times. The final blow came with the numerous and ferocious epidemics provoked by the continuous conctact with the colonisers, as the natives had no defences for diseases (europeans) caused by viruses unknown to them.

When indiscriminate hunting for prey skin left livestock shortages, the crisis was horrific: to find new livestock areas, colonisers began moving around, invading in fact one of the territories that had been occupied by the Natives during Centuries. Obviously the Natives opposed this occupation 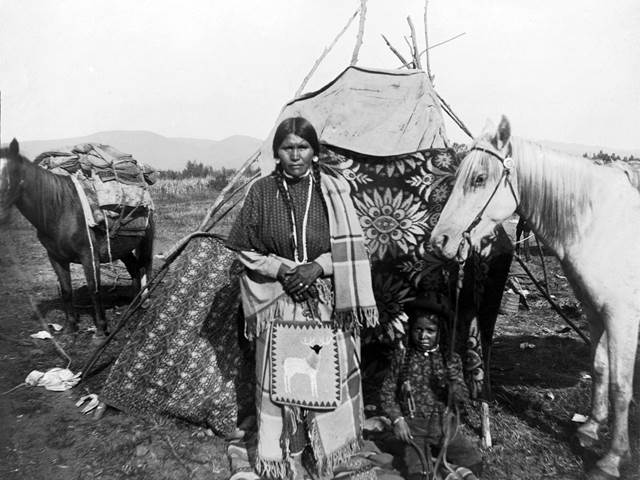 The first fight took place in 1922, when Opechancanough, Chief Indian of the Powhatan Confederation, killed 350 English colonisers in wht was a rela massacre: an act that provoked a series of reprisals and lead to the destruction of the indigenous villages. From that moment on wars and fights between Natives and colonisers began and went on for four Centuries, causing thousands and thousands of deaths, on both sides.

The epic colonisation has always been narrated on the "white man" side, who described the Natives as savages, unable to live by the simplest social rules. However, during the last fifty years, Justice has being done and the narration of that times became more historical than legendary, even though unforgettable figures still survive: such as General Custer of Sitting Bull.

Nowadays we all know how the story ended: the genocide of Native Americans is still one of the most severe and deep wounds in Human History.

All historians agree with the fact that, if the Natives had united as a single group, and fighted to reject the invaders, no one would have taken their land, nor kill their tribes.

As of today the heirs of those Cultures call for attention and greater social commitment to a society that preferred to segregate them into separate ghettos, avoiding to recognize the centrality and importance they have had in the creation of American history

The Medicine Wheel of Native Americans

Native Americans symbols: The Medicine Wheel In the tribes and cultures of the Southwest the Wheel of Medicine was the symbol of the power of the Knowledge of the secrets of the Universe, including men's spiritual and physical health. The Medicine Men, also known as Shamans, were thus the mediators between the source.of this Knowledge and Mankind.
Read more

A brief history of the Vikings

The Vikings: the peoples of the North It is always about points of view: according to the populations interested in the commercial expansion of the Vikings between the centuries VIII and XI, they were ugly, rude, dirty and with a very bad temperament. On the other hand, if we read Nordic historians and the feats they report, we will have an image of handsome men, with culture, great sailors, athletes and expert negotiators.
Read more

Enter your e-mail so we can send you the instructions to set your password: